Home » Tech » Designing For The Future: Trends We Need To Consider Now

When it comes to technology in the 21st century, the sky really is the limit. We’ve seen some major enhancements in the world of tech, gadgets and software and the pace never seems to slow down. One such category is graphic designing. While we might have assumed experts have set the highest graphic designing standard, times are constantly changing. In fact in a few years we may see some radical changes in the graphic designing future.

Before we talk about what might happen in the future, it’s important to go through what’s on the hot spot these days. Graphic designing has definitely come a long way. Gone are the days when complex art and big buttons were a thing; now, less is more. Minimalism is definitely trending now and will be for a while. After all, simple designs really have a more majestic appeal to them, don’t they? 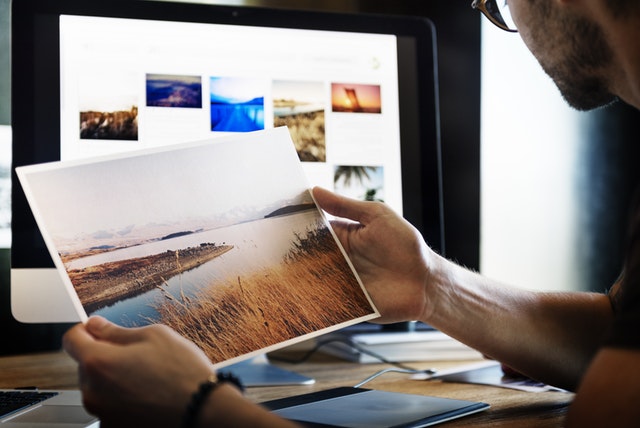 As pointed out by jtbStudios, Vintage designs are definitely appreciated in the designing market these days, but with its popularity slowly rising year after year, we might see more developments in this area.

Another important graphic design trend that has been around for a while now are applications and websites that host image sharing options like Instagram and Pinterest – both of which have amassed millions of users over the past few years. With text becoming slowly more and more irrelevant already, the trends of these image-sharing websites will definitely not cease so soon.

What Will Graphic Designing in the Future Be Like?

Although hard to predict perfectly, from the recent trend stats we can make intelligible guesses of what graphic designing in the future will be like. Here are few of the changes experts and analysts have suggested will occur in the world of graphics in the near future:

There’s no doubt that simple designs and aesthetics are reigning now, and you can expect them to keep reigning for the next few decades. Minimalist designs are often more appealing to the eye, much easily appreciated by the larger audience and overall neat to look at.

Adobe has even predicted the film industry to take the minimalism to the next level in their posters and advertisements. We already know how complex and full of content movie flyers are; with minimalism trending in the future, we can expect these posters to have a more subtle and less in-your-face style to them.

Designer Pedro Vidotto, in multiple poster designs, shows his take on how minimalism will be like in the future. One such example is this poster of our favorite Disney movie, The Toy Story: 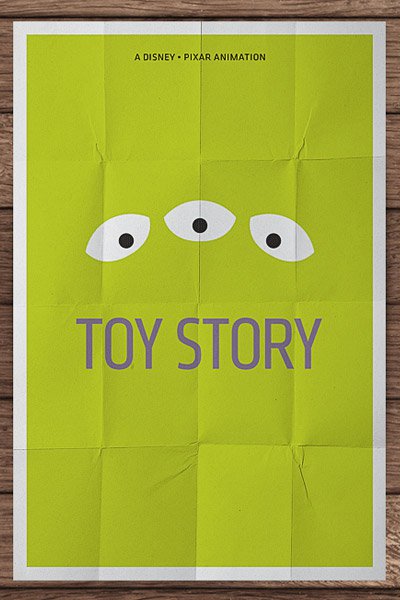 Image-style sites will take over

Instagram is already crazy popular among the new generation, and Pinterest isn’t far behind. These simple image-style websites are popular because of their prime focus that is on the image rather than the text.

While some might find this distasteful; most will find the lack of text amazing. Solid blocked images as present on these platforms are already gaining increasing popularity when it comes to web designs. We can only expect the trend to increase from here on out.

In the blog post by 99designs on how graphic designing will change in 2033, the author predicts that not only will designs of our favorite smart devices match with our physical requirements (like the size and shape of the latest smartphone) and become more responsive rather than adaptive, but we might also expect designing to take emotions into account.

The author predicts that instead of treating us like robots, manufacturers will actually take realism up a notch by corroborating with the tones of the background, screen or function with the user’s actual feelings.

Who said old isn’t the new cool? We’ve already seen designers employ vintage styles to their best projects but in the future we can definitely expect this trend to only grow. Experts predict that designers might try new, unique spins on the vintage style designs in logos but it definitely won’t be going away any time soon.

Vintage isn’t the only thing logos will see a change in. Popular logos of professional brands might have to stick with their current logos for the rest of their lives because re-designing might be met with increasing criticism. Already, re-designed logos of eBay, London Olympics and University of California received a large amount of backlash; therefore, it’s entirely possible that once a developer will make a logo for the brand, it will be there to stay.

Moreover, professionals such as dentists and doctors will also incorporate more and more cooler looking logos for their companies and offices. Currently, only a few really creative ones use graphic designing in their businesses but in the near future, we might see more innovation in these areas as well.

Once upon a time having one typeface for the entire text was considered neat and professional. Not in the future though! With everything taking a turn to the more ‘fun’ side, you can also say good bye to the one typeface rule.
In the near future, graphic designing might see a radical change when it comes to typeface diversity. Multi-type approach might soon be incorporated to make the text more appealing, albeit not entirely business-like. However if the multi-type diversity grows, the standards for what is business-like might change as well.

If you’ve been keeping up with the latest trends, you’d know that GIFs are an exciting conversation goers and a good way to add some humor to your content. Well, guess what? GIFs aren’t going away anytime soon either. With the kind of popularity these short little animations are receiving, we’re almost positive they are here to stay in the near future as well.

Not ready to let go of your favorite meme tools? Relax because they’ll only grow bigger.

There was once a time when you’d go eagerly on websites like DaFont to search for the latest fonts and typography to download for your computer. Now, however, all of them look hauntingly alike and the uniqueness is dying out pretty quickly. Every block font looks like a distant relative of ‘Impact’ and all italicized fonts look generic.

With designing improving and enhancing every passing year, it’s safe to assume we might not get new font styles and typography in the future and those who design typography need to start looking for other designing jobs pretty soon.

Stock images will become a little too vast

Already stock photography is spread far and wide and you can literally search up any random phrase and it will bring you high-quality stock photos and videos. With the business of stock image marketing so competitive (and expensive!) there is reason to believe that stock photography will only grow even more, in fact 99designs suggests it might reign supreme over all other photography.

Everything will get ‘flatter’

We’ve seen the latest trends in smartphones and tablets – the thinner, the better. In the designing future, that will still hold true as designs for gadgets will continue growing smarter, flatter and less dimensional. Once there was a time 4-D was considered high quality, expensive and the dimension of the elite; in the future, though, the flatter and less dimensions your gadgets will carry, the better it will be.

Even today, with Microsoft introducing its Surface Laptop which is seriously flat, and designers employing 2D web designing in their projects, flat designs are already slowly gaining a decent degree of popularity.

Freelance Graphic Designing will be a giant marketplace

Freelancing is already a great work-from-home option for people who want to use their skills without having to manually go to an office. Similarly, freelance graphic designing will also increase significantly in the future and we might see more and more designers available to work online than from proper offices and companies. No longer would clients have to pay regular visits to their graphic designers as long-distance hiring will become more and more of the norm in the near future.

Facebook, Twitter, Instagram and all of those other social networking platforms are becoming more of a necessity than a privilege these days. In the future we can expect the influence of these platforms to only grow further. Designers will have to keep upgrading such platforms to bring out more innovative graphics and designs to these platforms along with a continuous improvement in web designing which includes programming languages such as Flash, CSS and PHP.