Domain authority has become one of the new ranking criteria for determining the relevance of a blog or website. Google PageRank seems to be losing the war. The deliberate silence on PageRank updates in the months of May and June has continued to fuel the rumours that Domain Authority (DA) might be the new ranking system being adopted.

Advertisers are now paying more attention to Domain Authority than to Pagerank and insisting on advertising only on sites that have a Domain authority of at least 25. 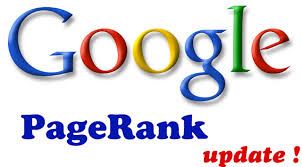 Why the sudden change in the mode of assessment of blogs and websites? Which one should we concern ourselves with? Should we neglect Google PageRank because it is almost being relegated? Or should we think PR and forget about the flash of the Domain Authority?

What is Google PageRank?

For example, the quality Google attaches to links coming from authority blogs with high PR is different from that attached to links from less respected sites with lower PR. If a link from Technorati (with a PR8) points to your site, it is seen as an endorsement of sort, compared to link coming from a site with PR0 or PR1.

Google Pagerank is named after its founder Larry Page, who developed the ranking system with Sergey Brin. PR is ranked on a scale of 0 to 10, with 10 being the highest. You can now understand while the link from Technorati would carry a heavy weight.

What is Domain Authority ?

Domain Authority is a way of representing Moz’s prediction of how a site would perform in search engine rankings. It is particularly useful for comparing one site to another. Domain authority is calculated by employing other metrics like total number of links, MozRank, MozTrust, etc. 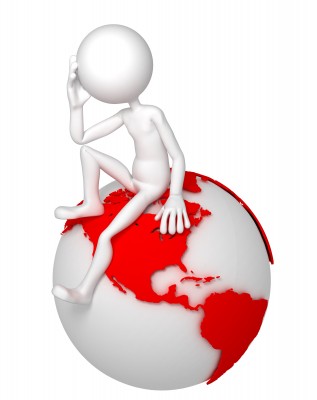 Like I observed earlier in the course of this write-up, advertisers are beginning to take PR and Alexa rankings with a pinch of salt because they feel these could be manipulated by individuals. But since DA employs over 40 metrics, the trust seems to be gathering in its favour.

Domain Authority is a combination of Google PR, Alexa ranking, traffic, backlinks, etc. It takes into cognizance the domain age, domain popularity (including inbound and outbound links), and domain size (including the number of indexed pages).

However, whatever we think of the Domain Authority, we must never wave Google PageRank aside because Google controls the internet. It is therefore unlikely that Google would dump its Pagerank for Domain Authority since they are trying everything possible to continue to remain in charge of the search engines.

My advice on this?

Google still cuts the shots; so we must learn to abide by their rules. Avoid all forms of blackhat practices capable of landing you in Google’s net.

Never make the mistake of thinking that SEO is no longer relevant as it has been a part of the algorithm for determining Google PageRank. PR is still very much useful and Google will soon do an update. If you fail in your SEO, it is likely to lower your PR. So, your on-page and off-page optimization must remain intact.

This plays a major role on the side of Pagerank as well as Domain Authority. The more quality links you have, the better chances to rank higher in both PR and DA. Ensure there is a balance between your inbound links and outbound links. Don’t overdo things because you want to get more rankings.

Work on your traffic:

Make sure to improve on the traffic to your site by working on your keywords, improving your guest posts, being active on the social media sites to get social media traffic, etc. The more traffic you get the more respected your site becomes as far as Pagerank and Domain Authority are concerned.

Both rankings pay attention to quality content. So if you want to be on the winning side, you must pay attention to the quality of the content of your blog. The moment you adjust your quality to the left, you are likely to lose on both sides.

You know very well that the number of indexed pages on your site plays a role in your Domain Authority. Ensure therefore that your sites are indexed without stress. Be sure that all programmes and scripts preventing Google from indexing your pages are cleared. Duplicate contents must be removed from your site.

Google PageRank and Domain Authority are almost inseparable. They both play a role in determining the relevancy of your site. Paying a proper attention to what is needed on both sides would ensure your blog remains safe and valuable in the eyes of your readers, search engines and advertisers.

Let me ask you, which one is more relevant now  PR or DA? Please share your experience with me in your comments. Feel free to ask any question, I’ll try to answer you.

Efoghor Joseph Ezie is the brain behind the success and popularity of Business Success Guide. Efoghor’s main areas of expertise include SEO, small business, affiliate marketing, social media, blogging tips, etc. You may visit his blog if you have the time. Add me on Google+.